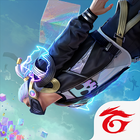 Garena Free Fire is a battle royale game where 50 players fight until only one survives. This game is known for having a shorter time limit than other battle royale games, but this ensures that you can finish a match quickly. There are several game modes and you can attach items to make them more effective.

Free Fire is a battle royale game that places 50 players together in the same map. The goal is to defeat all the other players and be the lone survivor. Each round is only 10 minutes. To ensure that players fight, there is a shrinking safe zone that pushes players together.

There is also a team mode where four people can join together as a group to fight other teams. This allows you to communicate with your team and create sophisticated strategies.

This game features an attachment system that allows certain items to interact with each other. The most common attachments include silencers, muzzles, scopes, foregrips and extended magazines. These improve the weapons in different ways. For example, muzzles improve damage over long distances while foregrips reduce bullet spread.

Use these attachments to improve your chances of winning.

Unlike many games in this genre, Free Fire makes each character different by giving them unique skills. For example, some characters can heal themselves and group members. Other characters can improve damage or speed. Be sure to use these skills as often as possible to help you win against other players.